Live Bands In Chandigarh Whose Performance You Should Not Miss! 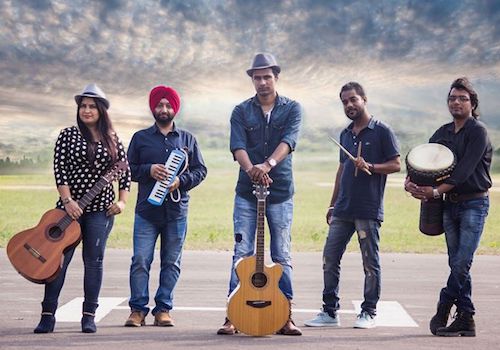 Formed in the year 2012, Alaap The Band brings together people who love music and understand how to connect with the audience. They are one of the first live bands who started performing at lounges in Chandigarh and garnered a lot of appreciation. The band members include Lead Vocalist & Guitarist- VIJAY, Female Vocalist- Alisha, Percussionist- Dippak, Keyboard & Harmonica- Parminder and Drums & Rhythm-Gurmeet Meet, together bring the entire crowd on their feet with their enthralling music. They play songs from a variety of genres like Bollywood, Sufi, Retro, Fusion, Indie-pop, Folk, Soft Rock and Semi-classical and once they are in the house, no one can remain calm. They have performed at some of the best places in the city like Peddlers, Sultana, Fbar, The Brewmaster and many more. They keep traveling together to perform in cities across the region and have been entertaining the crowd over the last few years. So, the next time they are in your city, go & enjoy the performance by one of the best bands in Chandigarh! 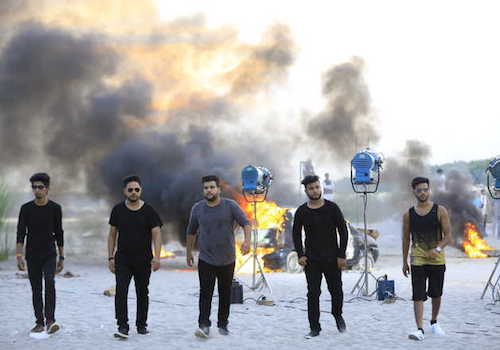 Peppy music ranging from Sufism to Bollywood finds its way to your heart in the voice of Atharva Live. One of the best bands in Chandigarh, Atharva Live was formed in the year 2011. The common love of melody and music along with ambition and passion brought together these young lads to entertain people. Started out with only 3 people, which later was joined by more talented people, the band members include, Lakshay Sharma as the Lead Vocalist, Rajat Sharma as the Rhythm guitarist/ Back Vocals, Saraansh Maiden as Lead Guitarist, Vivek Sean as Bass Guitarist, Drums as Drummer, Ram Saini on the flute and Vishal Bajwa as the Percussionist. Selected as the best band in Chandigarh at Nokia India Fest, they together also participated in Battles Of Bands competition in Goa and Chandigarh. Their Track ‘ Tere Bin’ became a rage overnight with the crowd. Their performance gigs at local lounges like MOBE, Lanterns Bar & Kitchen, Satva, Peddlers and many more, always leaves the crowd asking for more. Their passion is evident from how they engage the crowd while performing and when the best band in Chandigarh is on stage, there isn't an empty seat in the house! 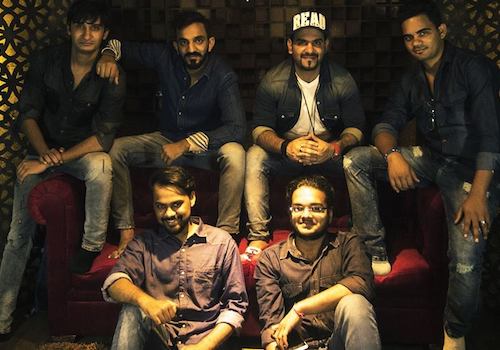 Fusion is the way of life for Chandigarh’s most versatile band, Fariyaad Fusion. This group of young musicians tugs at your heart with their tunes which are a mix of Indo Rock Fusion with Sufi, Bollywood, Retro, Folk, Classical, Western and Punjabi pop as well. The band consisting of Paras Jetly (Lead Vocals), Parth Kataria(Drums), Sanam Walia (Lead Guitar), Ashu Singh (Bass Guitar), Chetan Tanwar (Keyboards n Backup Vocals), Balwinder Vik (Percussion) and Bharat Agarwal (Flute) together create an ambiance that rocks your night away. They perform at gig across the nation like music fests, college fests, concerts and more along with live performances in Chandigarh's club and lounges like MTV@FLYP, Peddlers, Satva, Pyramid and more. They are the powerhouse of talent who together want to keep the flag of music flying high and every time they are on stage, one can be assured of a fabulous time! 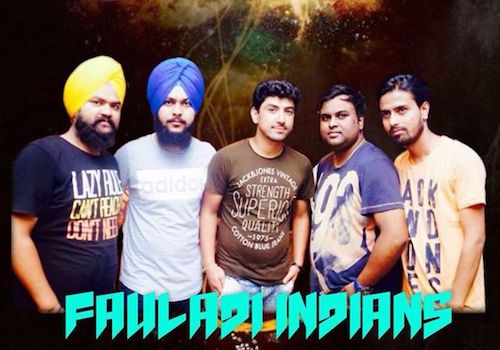 A band par excellence from City Beautiful, Fauladi Indians is a group of talented people from all over the country. Formed after the popularity of the song Faulaadi India by Gaurav Goyal, the band has never looked back. From packed houses to crazy jumping crowd, you will find people going bananas when this Rockstar band is in the house. They have been performing across the nation and when it comes to city-based clubs, they have performed at Peddlers, The Brewmaster, C’Yard, Ministry of Beer, F Bar and many more. For these young lads, “It’s All About Music and Music Is The Food For The Soul.” Whenever they are in town don’t forget to get your seats booked! 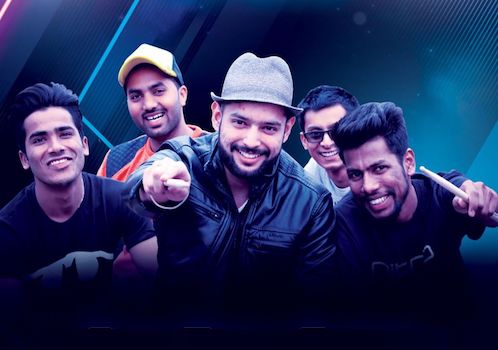 A band from Chandigarh known to be a lethal combination of Soft and Energetic Performances, Haqiqat The Band has always been a cult favorite among the live music lovers. A bunch of young lads who were filled with passion and ambition got together and formed this musical brigade that entertains patrons from City Beautiful along with people across the region. The band consists of Baljeet Kaushal-Lead Singer, Lovey Minhas-Drummer, Shail Arora-Bassist, Sanjay-Percussionist, Rajan-Lead Guitarist and Ricky Rikks on the Keyboard who together create a magical environment with their tunes anywhere they perform. Once they are on stage, one can be assured of a fantastic time. They regularly perform in top-notch clubs and lounges in the city like Peddlers, Mobe, 26 Boulevard and also travel to outstation locations like Patiala, Amritsar, Gurgaon and Delhi to weave the magic of their music there. Be it Indie Rock, Classical, Sufi Fusion or Folk, their music brings out the dancing star in you and automatically takes you to the dance floor to shake a leg! 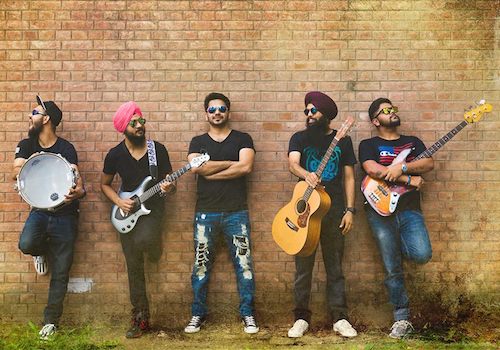 On a new year’s eve gig in 2013, a gang of musical Rockstars got together to perform and Henceforth, The Light Year came into existence. Though the band is fairly new, the band members have been playing for ages. Influenced by The Beatles, The Doors, Deep Purple, Bon Jovi, Bad Company - Paul Rodgers, Elvis Presley, Frank Sinatra, Joe Satriani and Eric Clapton, the band is extremely talented and is known to play Multi-Genre Hindi Rock music that enthralls the crowd. Their claim to fame was the band’s collaborations with famous musicians like Arif Lohar, Soch, Falak Shabir and Shraddha Pandit. Their songs like Zindagi, Dil Se, Tufaan and Bhuley se Kabhi are crowd favorites and get requested over and over again. Their connection with the audience is absolutely amazing that adds a zing to their performance and their passion is evident in every song they play. With talented people like Atul Sharma as Lead Vocalist, Harsimran as the Lead Guitarist, Chaitanya Sood as Bass Guitarist, Divtej Singh as Acoustic Guitarist and Parth Julka as the Drummer the band is surely going to go places in the future. From time to time, they perform at city clubs like Pyramid Elante, 26 Boulevard, Peddlers, Out of The Town, Kingdom of Beer, MTV @ FLYP, The Brewmaster, The Horseshoe Bar Exchange and many more. One surely shouldn’t miss their performance at any cost! 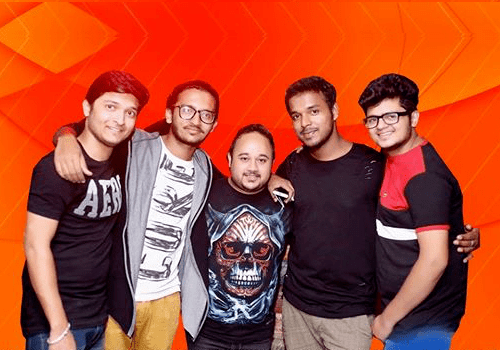 A Chandigarh-based band that was formed in 2015, The Musical Zombies is a rock band that is synonymous with Fusion music that is highly influenced by Sufism and Bollywood. Popular among the youth of the city, they together are known as genre defining musicians whose energy on stage will compel you to throw your hands up in the air. The group consists of Rishabh Verma - Singuitarist, Mark Jhon - Drummer, Jassi Jazz - Lead Vocalist, Munish - Keys and Dikshant - Bass Guitar. Together they add swag in the party scenes across the region. Their gigs at Goonj, Punjabi University, UIET, Agaaz, GMCH, Delhi University have always garnered the attention of the music lovers who can’t help but jump on the dance floor when they are on stage. Among the clubs and lounges from the city, they regularly perform at MTV @ FLYP, Arista, Kingdom of Beer, Purple Frog, Pyramid Elante, Cellar Chandigarh, The Escape and Peddlers and enthrall the crowd every time. Also, they perform at clubs and lounges in other cities like Patiala, Jalandhar, Delhi and Ludhiana. So, the next time you get to know they are performing at a club in your city, grab your seats right away and get ready for the time of your life! 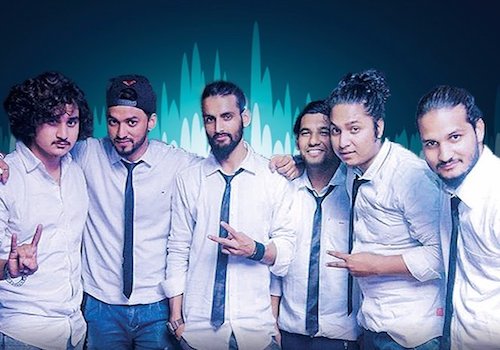 A band of young boys from Chandigarh who had dreams and passion, String n Woods is definitely the one band in Chandigarh that you would love listening to after a hard day at work. Founded in the year 2015, this band from Chandigarh is surely a favorite among the party lovers in town due to their tunes which are an amalgamation of Hindi rock, Semi-Classical, Bollywood, Sufi, Western, Punjabi and Retro Vibes. Their sound and melody always hit the right chord which elevates their live performances as well. They regularly travel and perform at Music Festivals, College festivals across the region as well as grace city based lounges like 26 Boulevard, Peddlers, Satva and MTV @ FLYP. Apart from the city based clubs, they perform in clubs and lounges in Jalandhar and Gurgaon like Tamasha, Factory by Sutra and many more. Their lead vocalist and acoustic guitarist, Ravikant Khagta hail from Himachal Pradesh and is extremely passionate about music. Together, all of the band members ensure that your evening ends on a musical high note! 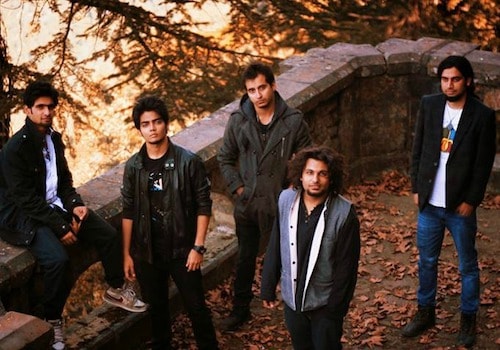 Musical Engineers, One Band. These 4 words define the story of Swastik- The Band. Music is what brought these young lads together and has kept them together. Formed in 2007 by Rohit Joshi to promote Hindi rock scene on the national circuit. Together, these 5 Rockstars- Rohit Joshi- Lead Guitars/Vocals, Vipul Chopra - Rhythm Guitar / Lead Vocals, Hardeep Singh - Lead Classical Vocals, Rahul - Percussion and Pravesh Sharma - Bass Guitar, Madusara Liyanage - Wind/Reed and Mohit Nainar - Drums together create magic with their union. This amazing band from Chandigarh performs all over the region and from time to time, they grace clubs like Satva, Peddlers, Pyramid, MTV @ FLYP, Ministry of Bar Exchange and many more. Their first hit single ‘Daaroo’ became the jam among the students and became a rager overnight. Following other number like Kuch bhi Karlo, Jogi, Andhere Sheher mein and many more songs that hit the right chord with the music lovers from the city and made them as successful as they are now. Every time this lot of Young talent performs in the city, the house is always packed and everyone just can’t wait for them to get on stage and set it on fire. The best thing about their music is the relatability with the youth, which makes them connected with the masses. With such success, they perform at colleges, youth fests and music fests all over the nation. What has kept them going is their love for music and connection with the audience. Over a period of time, some members had to drop out due to personal priorities, but the band still continues to exist with the same zeal and love for music. So, next time this band from Chandigarh performs, don’t miss it out at all! 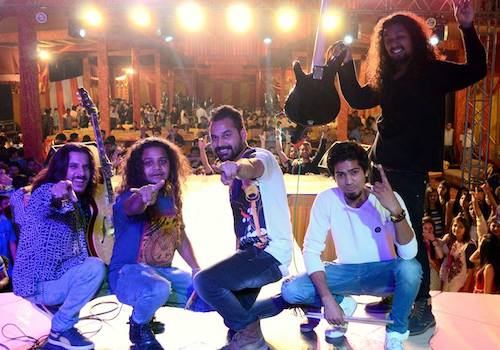 Known for their power-packed performance in the Sufi, Punjabi rock, and fusion genres, Nissi the band is one of the most sought-after in Tricity. They formed a band to redefine the live music and they aim to achieve it with their melody. Their connection with the audience is what makes them distinguished from others in their category. Inspired by Led Zeppelin, The Dorrs, Noori, Junoon, and Nusrat Fateh Ali Khan, they are a bunch of young lads who will sweep you off your feet. With super talented group of people like Paulson Michael (Bass Guitar), Garrison Marshal (Lead Vocals), Babar Moses (Percussions, Rhythms & Backing Vocals), Vikas Bawa (Lead Guitar) and Vishal Rex (Drummer), this band is a force to reckon with and is the one to watch out for. City-based clubs like Pyramid, Peddlers, Satva and many more, invite them from time to time to grace the people with their fantastic music. When they are in the house, no one really needs to worry. One can just sit back and enjoy their music and rhythm!