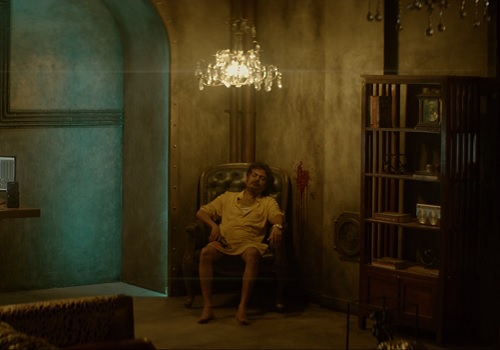 Right from the opening scene in which a dog is falling from the sky in front of a bunch of school girls, Sacred games leaves one zapped. What unfolds ahead is a scene where Singh, a frustrated cop on anxiety pills, gets an anonymous caller who asks him, “Bhagwan ko Maante ho kya?” Irritated to the core, Singh disconnects the call. Later, he again gets a call from the same caller and what Singh discovers after that leaves him dumbstruck. Famous for his notorious crimes in Mumbai, Ganesh Gaitonde (Nawazuddin Siddiqui) is a gangster with a God complex. Over the call, he mentions about Singh's father to grab his attention and, then, warns him about an attack which is about to transpire in next 25 days. A consequence, so gruesome and deadly, that it will destroy the entire Mumbai city except for one man, Trivedi. Gaitonde’s attempt to grab his attention is successful and Singh continues to listen to the gangster’s tale. A tale that revolves around Indian politics, religion, caste and economic divide and how Gaitonde became the most-prolific and horrendous criminal in the country. With such a gripping plot, filled with brilliant acting by Saif and Nawaz, the first episode keeps one on the edge of their seat and forces everyone to continue to the second one. Nawaz’s serious dialogues combined with Saif’s portrayal of a cop keeps one hooked till the end. Sacred Games, with its dense and deep story, leaves one stunned with just the first episode! 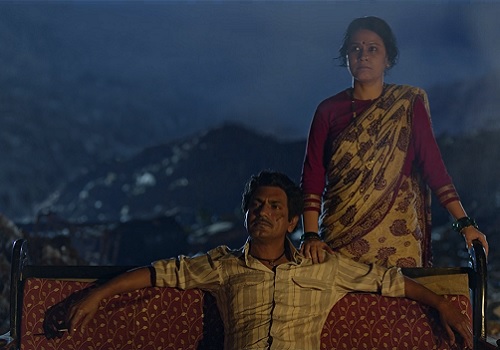 As Singh comes to terms with the fact that the most scandalous criminal of the country called him and then shot himself, his team comes to clean up the mess. News of Ganesh Gaitonde’s return and demise suddenly causes a rapid stir everywhere. From the Ministry to Bollywood to Police Department to Bureaucrats, all are forced to face their past that is associated with Gaitonde. Sartaj’s senior, Parulkar (Neeraj Kabi), removes Sartaj from the case. But, due to Gaitonde’s call, Sartaj comes in contact with the RAW agent, Anjali Mathur ( Radhika Apte), who urges him to pursue the investigations about Jojo Mascarenas (Surveen Chawla) who was found dead in Gaitonde’s home. What unfurls ahead is a heist in which Sartaj & his junior Katekar (Jitendra Joshi) discover the nitty-gritty associated with her. Saif’s performance as a struggling officer trying to be honest under pressure from the seniors is absolutely spot on. Radhika Apte, as an ambitious Raw Agent, is convincing in her role. The entire plot of Sacred Games is uplifted by the amazing performances of the star cast. All in All, by the end of the episode you would relate to Sartaj’s struggle and would be intrigued to find out more about the 25-day deadline to Mumbai’s destruction! 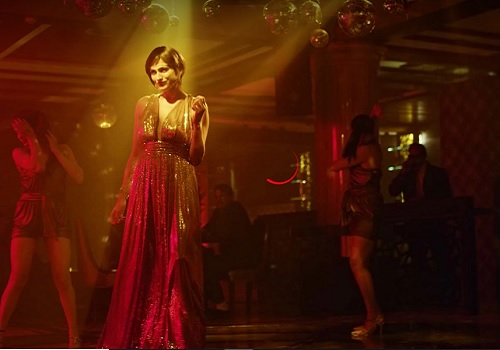 As the investigations ensue, Sartaj finds out about tonnes of cash at Jojo’s house which gives him his next lead. What happens next leads Singh to Bunty (Jatin Sarna), who is Gaitonde’s most-trusted gang member through his love interest. In Gaitonde’s flashback story, he expresses his adoration for Suleiman Isa’s prized possession, Kukoo (Kubra Sait). He woos Kukoo, right under Isa’s nose and takes her away to his own den, Gopalmath. Gaitonde ends up falling for Kukoo, ignoring her reality completely. In his love & fascination for Kukoo, Gaitonde fights Isa’s men tooth and Nail. One has to commend the direction and the writing of Sacred Games which leaves the viewer on the edge in every scene. The portrayal of Kukoo by Kubra Sait is quite phenomenal. As bold as the character is, Sait’s acting and dialogues keep one wanting for more. Jatin’s acting is commendable as Gaitonde’s aggressive right hand who despises all Muslims and wants to make it big. But, it is Nawazuddin's dialogues that steal the show. Sacred Games, with such unexpected twists and turns, keeps one engaged and it is hard to resist the next episode! 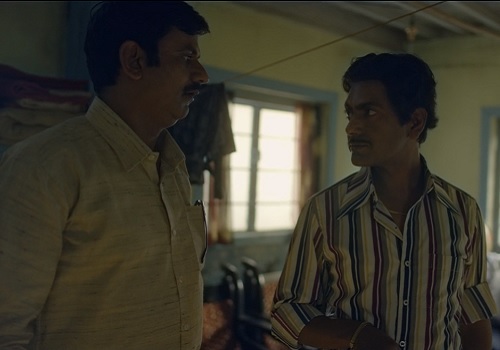 As Sartaj Finds Bunty with Nayanika’s help, the plot of Sacred Games takes an unexpected turn. Bunty warns Sartaj to stay away from his mess and informs him about his departure from Mumbai before the 25-day deadline. Persistent, Sartaj continues to follow him and stumbles upon another lead using which they would surely get closer to unraveling the mystery about the 25-day warning for Mumbai. In the flashback, Gaitonde is approached by Bhonsle to help him swing elections by terrorizing Muslims. At first, he refuses, thinking its bad for business, but Bunty convinces him to take it up which ends up being profitable for him. In the meantime, Gaitonde’s love for Kukoo grows but Paritosh, his ideal, warns him about Kukoo. Kukoo overhears the conversation and ends up owning up to the naked truth in front of Gaitonde. While celebrating, Suleiman Isa’s men attack Gaitonde and his gang which results in a terrible loss for him. Post that loss, Gaitonde falls prey to God complex causing the death of multiple innocents. The dialogues of this episode of Sacred Games will leave a lasting impression on the viewer. Nawaz’s dialogues and dramatic life will make everyone come back for another episode. Also, one would like to know what’s up with the 25-Day deadline to doom? 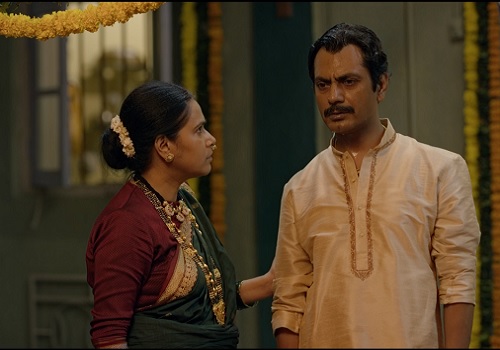 As the Sacred Games plot thickens, Nayanika ends up being in captivity of Bunty who plans on escaping with her. But he is aware that the Raw Agent, Anjali is after him. So, he decides to make a deal with her for his safe passage out of Mumbai. Meanwhile, Nayanika asks Kanta Bai to call Sartaj and ask for help. Sartaj immediately rushes to Parulkar for help after being betrayed by Anjali. Parulkar blackmails him into giving a false statement in the court for another case in return for help. Sartaj agrees and what happens next leads to a confusion between the Police and Raw, in which Nayanika stabs Bunty and he ends up shooting her. Bunty, though, in an attempt to escape ends up dying in an accident leaving behind all questions unanswered. In the flashback, as the political unrest in the country increases, Gaitonde and Isa’s rivalry fumes and both end up killing each other's close ones. In comparison to others, this episode of Sacred Games might not seem that exciting to you. However, Jatin Sarna’s acting and his character graph, from becoming Gaitonde’s most-trusted thug to an aggressive independent gangster, is what keeps one’s interest in the series. But till now, nothing has been revealed about the 25-day deadline. What will it be? 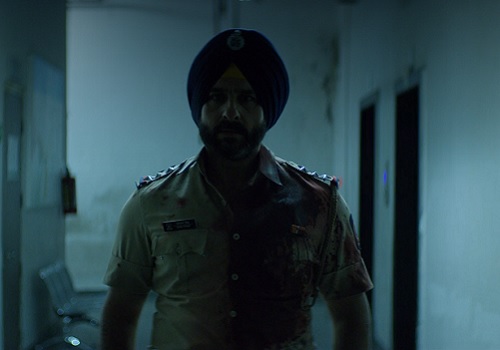 In the present, the lesser significant yet important character, Katekar is forced to investigate about a disappearance of a young lad. What happens next in the process leads to a serious consequence for Sartaj. In the past, Gaitonde is informed by Parulkar that one of his gang members was in touch with Suleiman Isa which leads to the leak of information about his close one. That information angers Gaitonde and he ends up killing two of his own men. In the present, both Anjali and Sartaj stumble upon important leads which would reveal a lot about the doomsday planned for Mumbai. One has to commend the performance of Jitendra Joshi as Saif’s supporting actor all throughout this series. In this episode, viewers get a closer look at Katekar’s character. His acting and dialogues make one realize that amidst pressure from seniors even an honest police officer forgets doing his duty. One would sympathize with his position. But, in the back of the head, you are too busy wondering how the two fresh leads would unlock the mystery of Sacred Games? 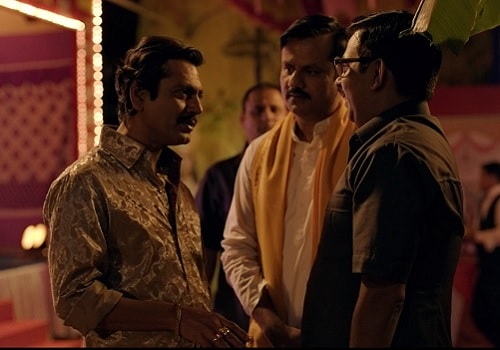 The leads that both Anjali & Saif find, ends up bringing them together as a team on a station where a bunch of goons tries to stop them from hopping onto the train carrying stuff for Mumbai’s Doomsday. Anjali fights both off the goons while Sartaj hops on the train. Post this, she goes in search of the assassin who is killing all the leads in Gaitonde’s case. This ends up being a terrible mistake for her. In the Flashback, Gaitonde gets acquainted with Trivedi, who is the avid follower of Gaitonde’s third ideal. Gaitonde falls prey to the Hindu-Muslim rivalry post an attack and ends up killing 80 innocent Muslims in an attempt to recover from a terrible personal loss. Post this, he gets arrested by Parulkar who plans on killing him in prison by torturing him. But fate falls short and Gaitonde meets Sartaj’s father in jail who helps him survive the torture. At the end of this episode, one might feel quite heavy due to the gory details of Gaitonde’s killing spree. But his performance and character end up becoming more intriguing. Parulekar’s performance as the torturous tyrant out to get Gaitonde is commendable. But now, you all must be wondering about how will the impending doomsday unfold if Gaitonde has been captured. This mystery unfolds in the last episode and we are sure you can't wait to find out what happens in the last episode of Sacred Games Season 1! 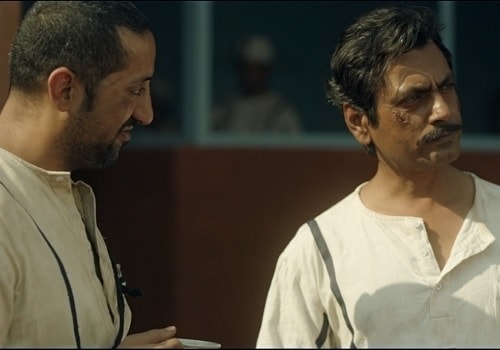 The final chapter of Netflix Original ‘Sacred Games’ clears all the doubts that were there in all viewers mind. The episode begins in the present where Saif is held captive by the assassin, Malcolm, who was behind Anjali and Mathu’s murders. He, in his rage, ends up chopping of Sartaj’s thumb and is about to chop the other one too when Parulkar and his team trace him and attack his men. Meanwhile, Sartaj tries to stop Malcolm from fleeing but fails. He, however, finds boxes loaded with ammunition and guns that are to be used in the attack on Mumbai as planned. In the flashback, Gaitonde finds his old friend Mathu in jail along with Isa’s men who want to avenge the Hindu-Muslim riots by killing Gaitonde in jail. However, Parulkar shifts him in the isolation cell to break him. Sartaj’s father helps him during his days in the cell and makes him talk to his Third Ideal who wills him to live despite the dire circumstances. Once he comes out of the isolation cell, Isa’s men attack him but he is saved by someone in black clothes. In the present day, Sartaj tries to tie all loose ends and goes to his mom seeking answer about his father's connection with Gaitonde. It is then that he casually discovers Gaitonde’s ‘Teesra Baap' who is a spiritual baba lecturing on Tv about a religious symbol, Mandala. On hearing his preachings, Sartaj rushes to Gaitonde’s Fortress and find the symbol on the entry door to the basement. He, then, digs deep and unravels the mystery about the impending disaster that is about to unfold. The disaster which, in Gaitonde’s last words, will destroy everything and everyone in Mumbai except, Trivedi. The final chapter answers many questions but also leaves enough room for many more which will be answered in the second season of Sacred Games. Without a doubt, the performance that stands out in this episode is that of Nawaz. His exceptional aura and the hard work to immerse himself in Gaitonde’s character truly is remarkable. All in all, Netflix’s First Indian Original series Sacred Games has left everyone in awe, wanting for more. With an intriguing plot, unexpected twists and sheer brilliant performances, It has succeeded in capturing the attention of the Indian audience. Surely, we can't wait for season 2!