Throw Your Hands Up If You Have Heard These Artists Perform Live Music In Chandigarh!

Live performances by bands in Chandigarh have always been a hot favourite among the crowds. With a collection of talented artists, one is sure to have great time. However, there are always some artists in a band that tend to stand out and carve a separate name for themselves. Such artists when perform alone or along with their band in Chandigarh, always strike the right chord with the audience and ensure they all have good time.

So, we at ShoutLo, bring forth a list of artists who perform live​music in Chandigarh and have established a name for themselves. 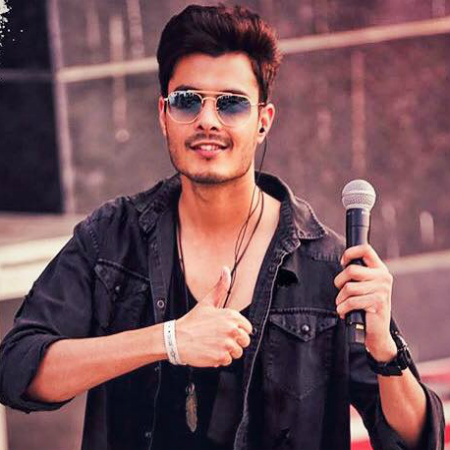 Soulful music meets a good voice is how one would choose to describe Gurnazar. His claim to fame “Koi Vi Nahi” song is quite popular among the youth nowadays. He performs with his band in Chandigarh and ensures that the entire crowd has a great time. His forte lies in Hindi, Sufi and Punjabi Rock and is quite the rage among the females for his heart-touching voice. When he performs, the entire crowd is on their feet. He started singing live at Satva, a renowned lounge, and bar in Chandigarh and since then his success knew no bounds. With over 10 songs from Punjabi movies, he has the super-hit singles Aadatan, Kala Tikka and Bewafa to his name. When he is in the house one can be assured of full on entertainment. His live gigs keep everyone's ears glued and feet tapping! 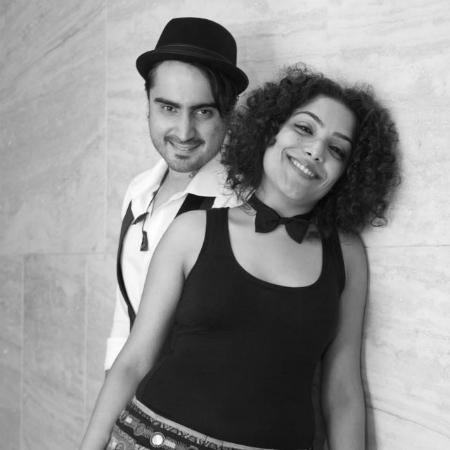 Known for their bohemian style and rocking music, Hari Sukhmani are a dynamic duo that has over a decade of experience in music. The duo’s claim to fame was the song “Boohey Bariaan” post which they never looked back. They are known for creating fresh and eclectic sound, fusing traditional Punjabi folk music with ambient electronica embodying their powerful, singular and independent spirit. Inspired by famous Sufi poets like Bulleh Shah, Baba Farid, Kabir and Shah Hussain, Hari and Sukhmani aim to make music that speaks to the soul, resonating with every generation. They perform all over the country and frequent Chandigarh once or twice a month at clubs like Upstairs Club, Peddlers and more. The duo, as a band in Chandigarh, have been performing together since 2009 and their motto has always been to create music that is soulful and crosses boundaries. Once they are in the house, you are surely going to enjoy every bit of it. So, don’t miss out on their performance together as a band in Chandigarh! 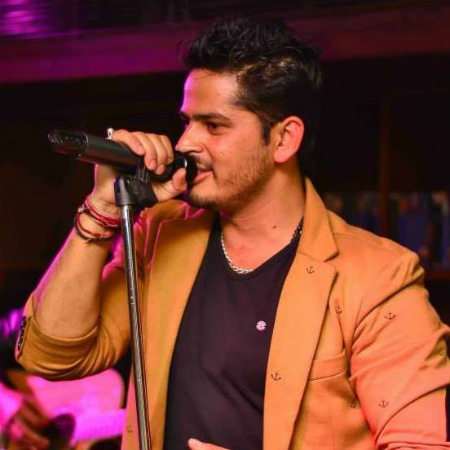 Famous for performing with Dhol, Jeewan Khanna is one of the most-loved artists from bands in Chandigarh that has been creating the buzz all over. His melodious voice, combined with relatable lyrics and his live band together weave a musical wonderland for all those in the house. The most-awaited act during his live performance is when he sings with a Dhol. The minute the Dhol and his soulful voice is in Sync, the whole crowd goes out of control. He has been a regular performer with his band in Chandigarh at bars like Pyramid Elante, Peddlers Elante and many more bars in the City Beautiful. His soul-stirring voice and Bollywood lyrics together ensure that your evening ends on a high note.! 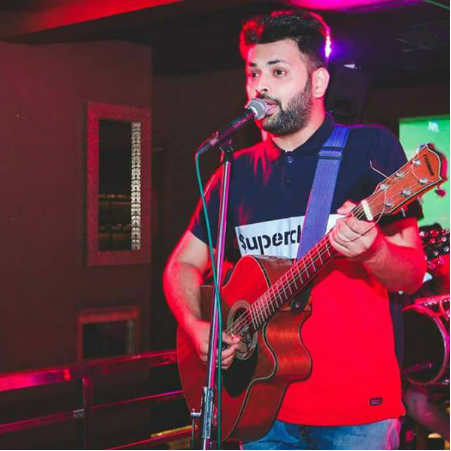 The lead singer of the Navy Virat, Virat is surely one of the favourites among the acoustic lovers in Chandigarh. His music is sure to tug at your heart and will make you go awwww for your loved ones. He along with his band in Chandigarh enthrall the crowd at famous bars like Chandiland, Peddlers, Pyramid and MOBE to name a few. His Heart-warming smile and his talent will surely leave you amazed. From a peppy Bollywood song to a typical desi song, he knows how to make the crowd dance to his tunes. If he is performing in Chandigarh, then get ready to immerse yourself in his soulful tunes! 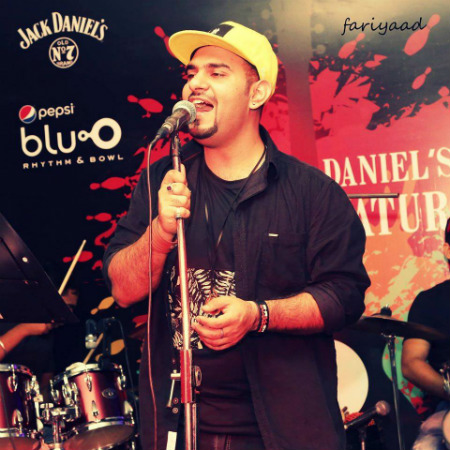 The man behind the soulful band in Chandigarh Fariyaad, Paras Jetly is a rockstar whose music has been changing the live performance scenes in the city. Classically Trained Vocalist, Paras has been into soulful music and has been entertaining the folks with his band in Chandigarh at clubs like Pyramid Elante, 26 Boulevard, Mobe Elante and MTV @ FLYP to name some. He began learning Music at the age of 15 and by then music had become his passion. With his band Fariyaad, he is trying to make it big among the bands in Chandigarh. With his music, he tries to fuse genres like Classical, Indo-Rock, Sufi and Retro. His songs will not only tug at a music lovers heart but will also become their favourite. He also rose to fame when his music got recognition from the musical reality show “ The Voice”. Whenever he along with his band perform in Chandigarh, one can be assured of a great time! 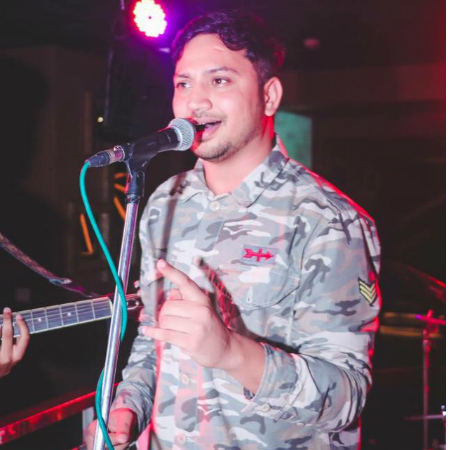 Amongst the budding talents from the city, Raunak Ranyal has been into soulful music for quite some time. His music reflects his talent and passion which is evident from the fervour with which the crowds receive him. From genres like Hip-Hop to Bollywood to Punjabi to Sufi, he is master at all and performs frequently with his band in Chandigarh at bars like Peddlers, Kingdom Of Beer, MOBE and more. When he is in the house, you can just sit back relax and sway to his tunes which will surely hit the right chord of your heart! 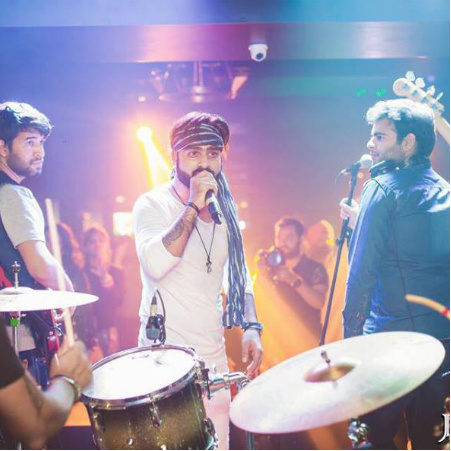 A singer, songwriter and a musical prodigy all rolled into one is the genius, Sagar Bhatia. He rose to fame when his music got recognition in India's Rawstar and was a part of Top 6 finalists in the show. His music and songs are sure to take you up the cloud nine. He performs primarily at clubs in Delhi but once or twice a month he enthralls the music lovers in Chandigarh at clubs like Peddlers, Satva to name a few. Soulful Sufi music is what he is into and usually performs with his band The Soul. With his years of experience in music, he is surely one of those who will ensure that his performance with his band in Chandigarh leaves everyone spellbound! 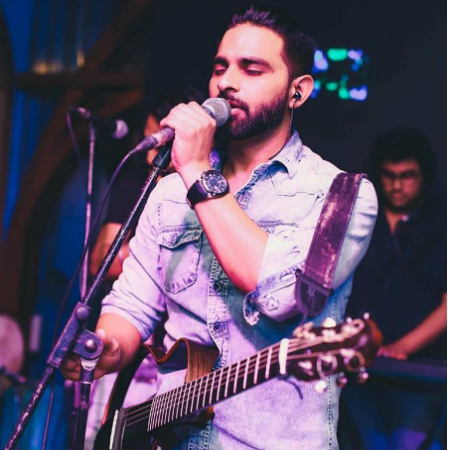 The guy who represented Chandigarh in Goa at Channel V’s show Launchpad, Sahil has been the lead singer and guitarist of The Rambharose Live Band ever since. Ever since winning that competition, he and his band have been the source of good music for the people of Chandigarh. Known for their combination of genres like Sufi, Bollywood, and Punjabi, his melodies will ensure that you have a great time. Majorly, he performs with his band in Chandigarh at clubs like MTV @ FLYP, Satva and some more to name. His numbers like Nede Nede, Chup Raha Hai Chand, and Hone Lagi have already been the hot favourites among the music lovers all over. Once he is in the club, all one can expect is rocking music which will compel you to hit the dance floor with your squad. So, next time you get to know that he will be performing with his band in Chandigarh, grab your passes asap! 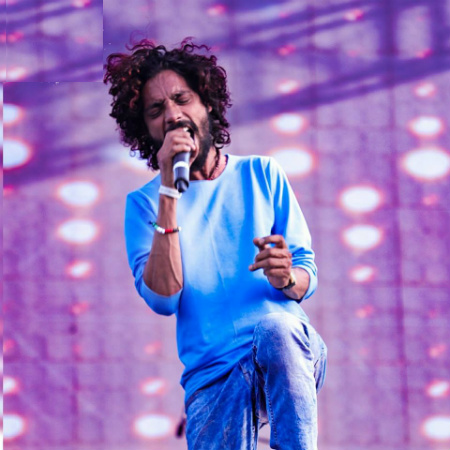 Stanley is one of the most versatile live artists in Chandigarh. His heartwarming performances include genres like Rock and Pop. He has been performing along with his band in Chandigarh from quite some time and has been enthralling crowds at clubs like MTV@Flyp, Peddlers, Pyramid Elante and has been reaching out to more and more fans through his amazing music. One of the favourites among the crowd for lounge-nights, his enigmatic performance ensures that everyone has a good time. To keep everyone grooving to his musical masterpieces until the night’s end, he amalgamates some rocking tunes and also involves his audience. Make sure you don’t miss his performance or else you’ll miss out on a great artist! 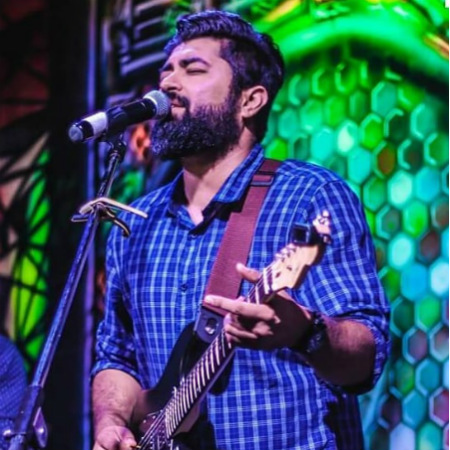 Known for his soulful and emotional music, Dhruv Angrish is one of the most talented artists in Chandigarh whose music will touch the deepest corners of your heart. Passionate lyrics, soft tunes, and the sound of his guitar will transport you into the world of memories where you will enjoy each moment. His latest song “Main Chala” has received a lot of love and appreciation from his fans. Known for his acoustic music, he performs quite frequently with his band in Chandigarh at clubs like 26 Boulevard, Peddlers, Mobe and The Back Room. Most of his songs will be an amalgamation of genres like English Pop, Blues, Alternative rock and also Indie Rock, Sufi Rock and Indian Classical which will be loved by all. Inspired by Global artists like Jason Mraz and Ryan Tedder with a hint of James Blunt and Adele along with Indian artists like Arijit Singh and Papon, he is surely the rising star and a music lover must not miss his gig with his band in Chandigarh!